The Griffin Daily News, May 2006 – One of Griffin’s dining staples has implemented a nationwide franchise program in hopes of branching into other communities. McGhin’s Southern Pit Bar-B-Que will begin selling franchises in the south metro Atlanta area. After a local support base has been established, company officials hope the restaurant will expand and operate in locations throughout the Southeast.

The locally owned and operated McGhin’s Southern Pit Bar-B-Que was founded in 1984 by Fred and Brenda McGhin. Their barbeque products, which include pork, beef, ribs and chicken, have become famous throughout the city of Griffin, and the McGhins feel the time for expansion is now.

“We really appreciated the level of personalized service provided by NFA,” continued Fred McGhin. “They helped us analyze our strengths, clearly explained our options and helped us create a win-win program for both our company and our Franchise Owners”.

Why Franchise the Restaurant? “We thought that we had a good product, and a franchise is something we’ve kind of always wanted to do,” said Brenda McGhin. “It’s a good family restaurant, and we have a good concept that would sell”.

Franchise Owners would have two options in opening a new location. They can elect to build a new building, which would offer table service and to go orders. Or, they could choose to invest at a lower level and operate the business out of an existing building. The restaurant would be smaller with the second option and only offer counter service. Regardless of the structural option new owners choose, they will be expected to operate their restaurant in the McGhin’s Southern Pit family-oriented fashion.

Must Follow the Restaurant’s System “We base our company on Christian principles and strive to conduct business with honesty and integrity,” stated Fred McGhin. “As a family-owned and operated business, we have tried to create a warm, friendly environment where everyone feels welcome and to provide an enjoyable experience for both our customers and our employees.”

“The existing location is open Wednesday through Saturday only, giving our staff and us lots of time to spend with our families,” continued McGhin. “Our Franchise Owners will have the option of being open four, five or six days a week, but never on Sunday. They must always follow our system of doing business. It has worked very profitably for over 20 years.”

Local Expansion First McGhin’s daughter, Jennifer Morgan, was an integral player in the family’s decision to begin a franchise program. She was the first to suggest expanding the business and believes each franchise will be a success.

“This is a good thing,” Morgan said. “They’ve got a good system. We’re hoping to go to McDonough first and then grow from there. We want to stay kind of local because we want to spend a lot of time with our Franchise Owners.”

Steve Raines, President of National Franchise Associates, helped McGhin’s Southern Pit Bar-B-Que develop their franchise program. He agreed with Morgan, adding that the McGhins’ personal commitment to the project would spell success for future franchise locations. “The combination of award-winning food that has created a devoted following, proven operating systems, long history of success and a Franchisor that is truly committed to helping its Franchise Owners reach their goals is the recipe for success in franchising.” 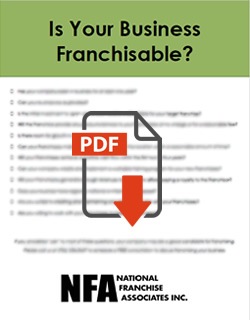